Paul is a renowned ‘fixer’ who thrives on collaborative efforts to help businesses do things better. An extensive background in NLP serves his purpose well primarily working with construction and engineering companies.

Understanding processes, understanding the business and getting under the skin of it to see what they do in order to figure out how to improve it on every level is what he is all about.

Having worked on both sides of the construction industry from project management to health and safety/environmental quality Paul is able to assess all aspects of a business. Gaining experience by being ‘nose everywhere’ has enabled him to have a unique perspective with invaluable insights ideal for all SMEs. 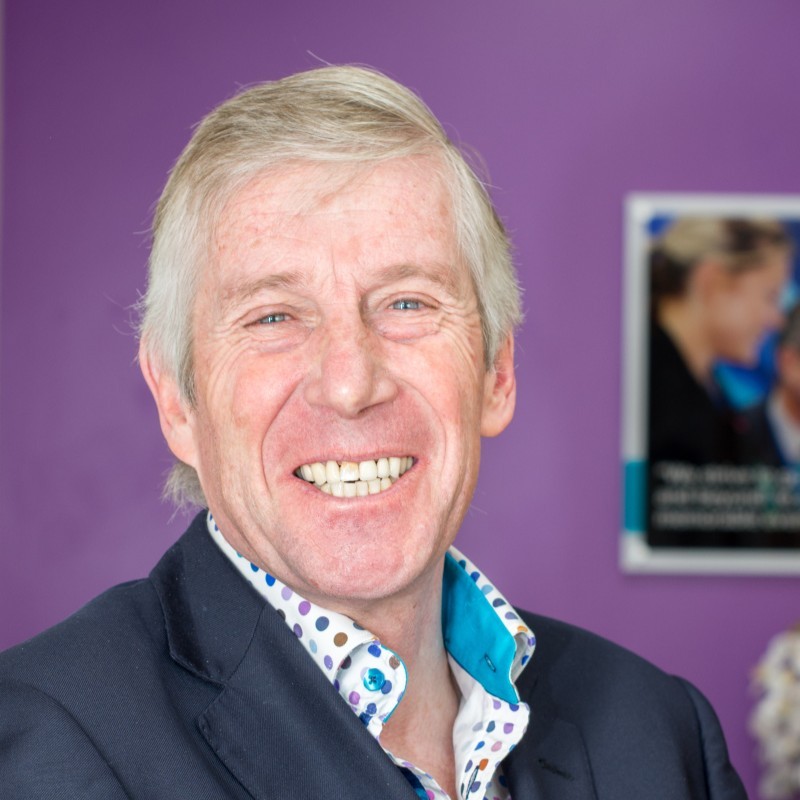 Paul was welcomed into the Tricres fold as part of our third cohort in 2022. While attending the University of Loughborough for a degree in Civil Engineering he was also competing in athletics in the 1500/3000 m distances. A sports lover, later in life when athletics became too punishing he moved to cycling, and then later still competed in Iron Man and Triathlon (even competing for Team GB). His sporting prowess is impressive, but we digress!

He returned to university around 10 years after obtaining his degree to complete an MBA in Engineering Management.

Working his way up in the industry he became a project manager and then contracts manager for various projects. Deciding he would like a change in role he then moved over to health and safety, environmental quality, and management systems which gave him the opportunity to be ‘nose everywhere’ on projects.

Although at the time he wouldn’t have described himself as a coach or consultant he was helping others achieve their best by presenting a different way of thinking. A self-described ‘fixer’ who liked to find ways of connecting things better. Deciding ways they could collectively and collaboratively improve the direction of projects.

He then went on to work with larger corporate roles with FTSE 250 companies before making a decision to join a small niche group/partnership of consultants. That lasted for about a year before an unexpected turn of events led him to have to reinvent himself.

To Paul, reinvention is what moves you forward. He is well-versed in them career-wise and finds that they provide growth and can actually be good fun! The small partnership did break him away from the corporate scene and then allowed him to set up his own consultancy.

Clients naturally seemed to come his way and he was game to try anything. By understanding what was working and wasn’t he would propose suggestions to their processes. If the discussion landed then they would move forward and it just continued to grow from there. His ability to see the business from all sides has been brilliant and helped gain his consultancy traction.

Paul has also completed his NLP certification to Master Practitioner level and find it invaluable in helping him serve his purpose with clients and for life in general.

The key industries Paul often works with land in the construction (both organisations involved with the design and the technical side as well as contractors delivering the project), engineering, and heavy manufacturing sectors. However he has also worked with companies in residential care and pharmaceutical manufacturing, so nothing is out of the question.

Favourite type of clients? Those that are in the middle zone, already up and running so not a start-up, and not yet ready for an exit. His most enjoyable part of the job is improving efficiency and making them for effective with their processes

He is flexible with where clients are located and is used to plenty of travel when he did a lot of public speaking.

Pauls’s key skills include understanding processes, understanding business and getting under the skin of it to see what they do in order to figure it out. Management systems, leadership, systems thinking, and behavioural processes.

Biggest Learn in Business So Far?

As Paul succinctly puts it, “Pain from the biggest f***-ups are always temporary. There will always be another opportunity that presents itself and going through that pain himself is what got him to a better place. You can always find someone to help you and you are adaptable.”

Where do we start?

He has the distinction of being sick and ill on the highest point in Europe on Mont Blanc followed by being ill in the lowest point in the UK (Gaping Gill cave) on consecutive days.

His father used to work for the local cave rescue and as a child, he used to play in the caves and pretend to be injured for rescue drills. He would get lifted out via helicopter and get to play with the rescue dogs.

Last but not least, Paul has also been rescued by the RNLI (with considerable misgivings) during a sailing championship which saw a vicious storm develop and take out most of the competition. Paul still thinks he could have won with two legs left to go if they’d left him to it…