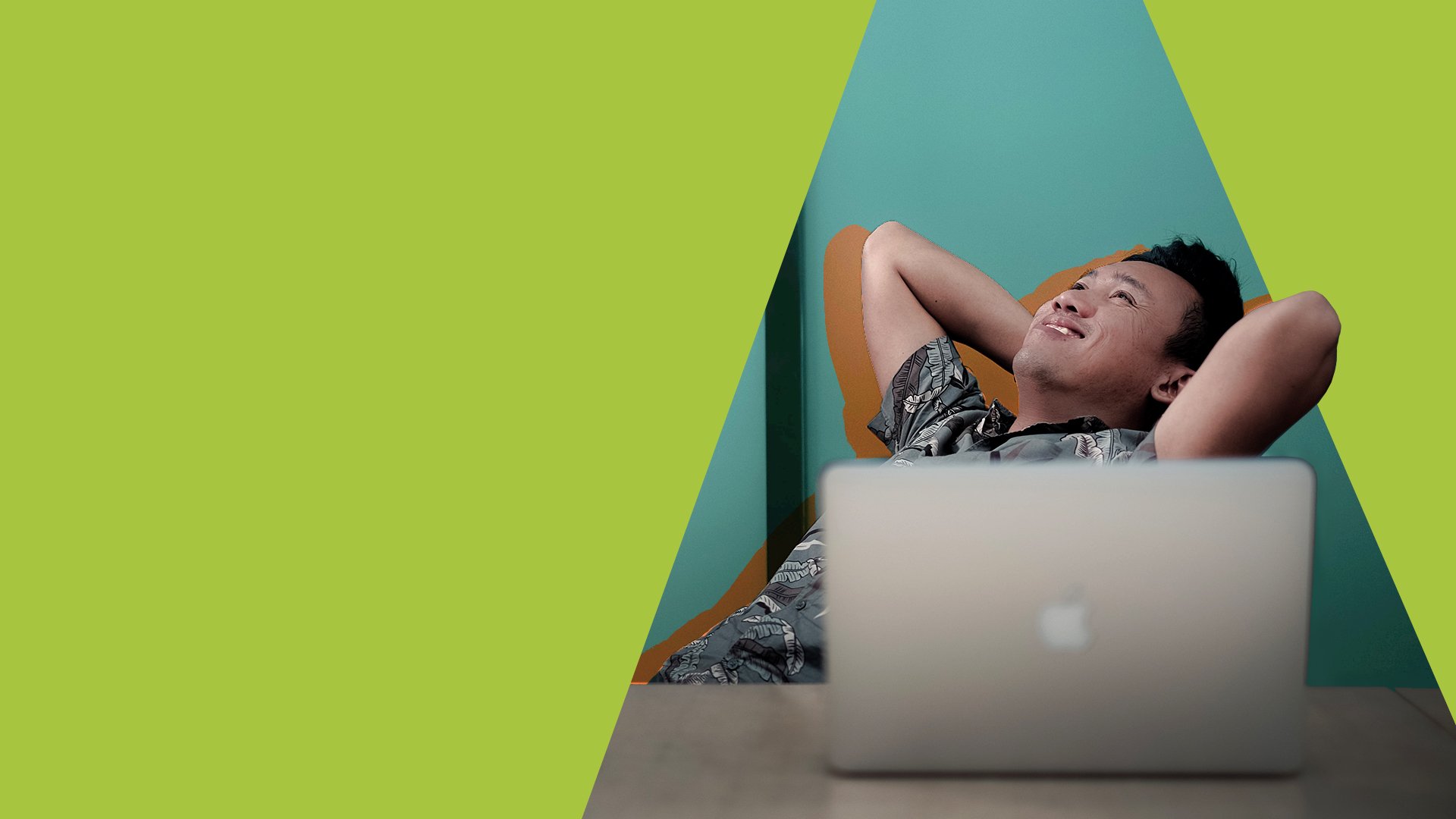 The workplace as we know it has shifted considerably in the last year. Many of us were accustomed to the ‘to and fro’ workweek rat-races, and few of us expected that to change in our working lifetimes unless we actively sought another way to earn. Mental health was becoming a hot topic as the pandemic took over our consciousness and stress proliferated exponentially.

Instead, we found ourselves in unfamiliar territory. Work from home if at all possible, they said. Those of us that could, did so.

There was however another huge proportion of the population who either couldn’t work from home and continued to trek to their workplace, those who were put on furlough with pay who diligently stayed at home, and those who were self-employed but unable to work because of lockdown restrictions.

Each and every work situation was different and every variation had its own set of particular stresses.

What is remarkable is how many companies and businesses who perhaps had a ‘mental health policy’ were suddenly aware of how woefully inadequate their policies actually were.

It certainly brought mental health to the forefront in the workplace as a collective and has opened up our dialogue with meaningful discussion and new attitudes.

Professional services were fortunate to be able to work from home for the most part. Once everyone figured out decent lighting, a background setting they were happy with that reflected their personality and mastered the art of screen sharing it was business as usual for the most part.

Of course, meetings were all done virtually and there were the obligatory Zoom and virtual linkups that had mishaps along the way. A wayward pet video-bombing a presentation, children being homeschooled having a shrill argument in the distance.

It became commonplace to see the ‘less than perfectly polished’ professional purveyors of these services, resulting in a little more humanity to our interactions.

What has become apparent, however, is that this sudden adjustment to a new working style did a number on many people’s mental health.

For workers who were considered essential, not much changed. They had to keep going to work as usual. But it was anything but usual. Parameters changed for what was acceptable on-site, workplace density, procedures and protocols were swiftly put into place that made most open worksites look completely different.

The stress of knowingly being put at a somewhat higher risk than those allowed to stay at home was telling. They still had to take public transport, wear masks all day, navigate mostly empty city centres that must have made the average day look like a parallel universe.

But what about people working from home? Didn’t they have it nice and easy? No commute to deal with, no delayed trains or buses, and no jockeying for position in the rush hour scrum to and from the office or workplace with their journey. Sounded like a sweet deal. The reality is that working from home had its own new set of mental roadblocks.

Motivation, for one, was an issue for many. Some people found it hard to tear themselves away from the morning news and get on with a real workday. Others found it hard to stop working when the home morphed into a workplace and they didn’t know when to quit and turn off.

Those on furlough getting paid a decent portion of their wage but ‘not allowed to work’ may have faced some resentment if another person in the household was working at home or on-site.

Kids doing school from home meant finding enough space for them to learn as well as perhaps one or both parents trying to work efficiently at the same time. Many a wifi connection was under extreme duress!

The self-employed sector faced a range of stressors, particularly those who couldn’t do their line of work from home and had no furlough to fall back on.

The list is endless for the multitude of stress-related nuances that faced the workforce.

But what toll did all of this disruption take on our mental health?

It became abundantly clear that many employers were needing to adjust their thinking when it came to employees mental health considerations.

This was an avalanche of emotion that probably quite a few businesses were not used to hearing about in such an open way.

Many companies were being more transparent than before and were being more understanding. They grasped that there was a general decline in mental health not only due to our work situations but to life in general. The limits on social connection and for some a hermit-like existence were taking their toll.

Some sectors that you may think of as traditionally ‘unfluffy’ were suddenly very keen to address employee mental health and were doing their level best to show that it was very much on their radar.

Prime example: My husband works in the commercial construction industry and received a ‘care package’ delivered to our home. The contents? A book titled ‘Be Kind to Your Mind’, an essential oils ‘Happy Vibes’ rollerball vial, chocolate, ‘Love’ tea, and Love Hearts. Most unexpected, but it did relay the message that we’re all in this together and that they cared about employee feelings and wellbeing.

When you think about it, this was a real statement of intent for change. Consider these statistics from a report by the CIOB (Chartered Institute of Building) that construction workers are 63% more likely to die by suicide, over 87% experience anxiety, and a further 70% depression. In 2019 before the pandemic hit, 1 in 4 considered taking their own lives.

This sort of data is not restricted to construction either. The same report reveals that SME’s are also just as likely to languish with these statistics and the numbers go up the smaller the SME is as pressure is mounted on fewer individuals.

Those are some serious figures and no businesses involved should let anyone suffer in silence.

Anxiety About Going Back to The Way We Were

The most telling thing about 2021 so far is the relative anxiety many businesses and workers are facing about ‘getting on with it’ now that restrictions are easing up.

Is it really that simple to go back to work and expect everyone to go about their daily business like they used to? The answer is a resounding no.

As things relax, transportation will become crowded again. People will silently gulp as carriages fill up more and more and we wonder if the person jammed next to us has had the vaccine or not.

Is there a new variant doing the rounds? Is it resistant to the vaccine we’ve had?

Are customers ready to bandy about in shops and are professional services ready to mingle and network as freely as they did before all of this happened? Time will tell.

One certainty is that the nervousness is real for many and businesses will need to accommodate what is sure to be a fair adjustment period.

The other thing we can count on is a more flexible work arrangement for many where it’s feasible. Long gone are the days when all businesses and services need a massive office space and the overheads that go with it.

We’ve realised that many of us can do our work from home very well, thank you very much. It just took us a while to figure things out and make it work. But for that can and do, it’s been a revelation.

Many workplaces may shift to flexible or rotating days for employees to be in the office and use the office as more of a hub spot. So this doesn’t mean that the office will go the way of the dinosaur, it just means many will utilise them in a modern way that blends the need for ‘in real life’ capacity with independent, at-home productivity.

It’s more important now than ever before to take stock of how you feel, to check in with colleagues, and to have an understanding that everyone is going through their own battles privately, some even publicly.

If your business or professional service has a mental health policy and employee wellbeing policy in place, make sure to reiterate it, encourage conversation, and for people to make use of all it has to offer.

What we all have is the capacity to support one another and not make anyone feel ashamed of any mental health issues. Everyone will have a tough time at one point or another, so an empathetic stance is just the ticket to getting us through this most difficult of times.

It might be a ‘new normal’, but a little normal is what we need right now. 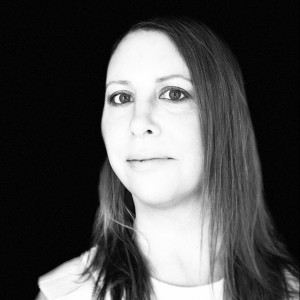 Allison joined Tricres after a whirlwind 2020 which saw her take on copywriting as a brand new freelance pursuit. She is a keen equestrian, Tonkinese cat owner, and adores all things film and literature.
Share on linkedin
Share on facebook
Share on twitter 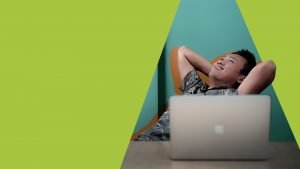 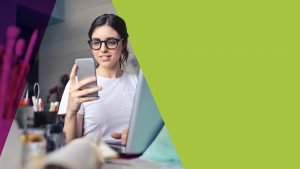 Professional Services Trends for 2021 with a Pandemic: Then and Now 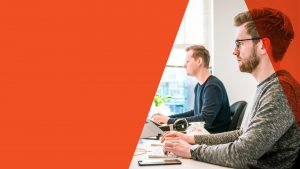 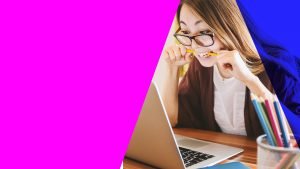 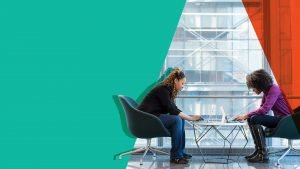 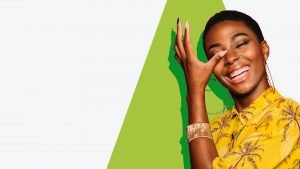 PrevPreviousProfessional Services Trends for 2021 with a Pandemic: Then and Now
NextBuilding Relationships in a Virtual WorldNext

This website uses cookies to improve your experience while you navigate through the website. Out of these, the cookies that are categorized as necessary are stored on your browser as they are essential for the working of basic functionalities of the website. We also use third-party cookies that help us analyze and understand how you use this website. These cookies will be stored in your browser only with your consent. You also have the option to opt-out of these cookies. But opting out of some of these cookies may affect your browsing experience.
Necessary Always Enabled

Performance cookies are used to understand and analyze the key performance indexes of the website which helps in delivering a better user experience for the visitors.

Analytical cookies are used to understand how visitors interact with the website. These cookies help provide information on metrics the number of visitors, bounce rate, traffic source, etc.

Advertisement cookies are used to provide visitors with relevant ads and marketing campaigns. These cookies track visitors across websites and collect information to provide customized ads.

Other uncategorized cookies are those that are being analyzed and have not been classified into a category as yet.